Here’s some portraits from a local Washington DC Muay Thai and MMA fights that I got a chance to photograph the other week.  We wanted these photos after each fighter’s fight.  Luckily for them and the fight team (Team Disciple) all their fighters are pretty amazing and didn’t take too much damage.  Secretly I wanted a little be more bruising and cut up but I’m also happy they were safe because they were nothing but nice to me as I set up all my equipment in their dressing room while they warmed up before their fights.

We wanted to shoot these portraits with a super shallow depth of field, an almost medium format look to the photos which added its on challenges to the shoot.  Shooting in a tight space, with fighters 5-10 minutes after their fights, still with a ton of adrenaline, making it hard for me to keep them perfectly in focus. 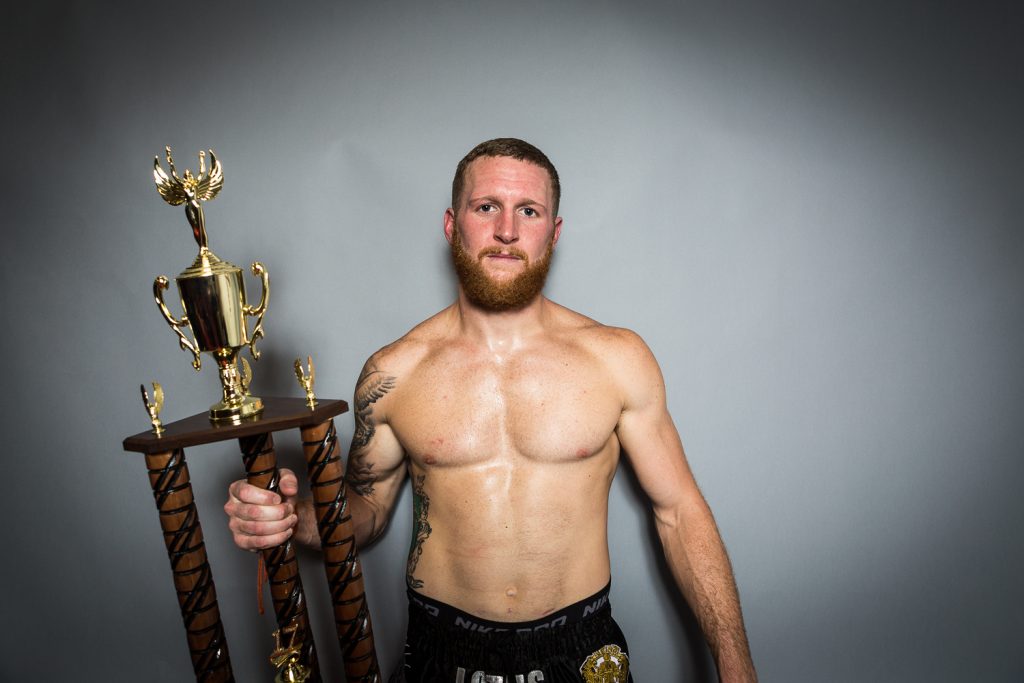